What Racism Really Is

Our obsession with racist attitudes can obscure the fact that racism is a system, devised to justify slavery, with a hierarchy that still defines the value of our lives today.

This essay was originally published on 24 June 2020, under the title ‘What racism really is (hint: it’s not your attitude or belief)’, by The Correspondent. It has been lightly edited. 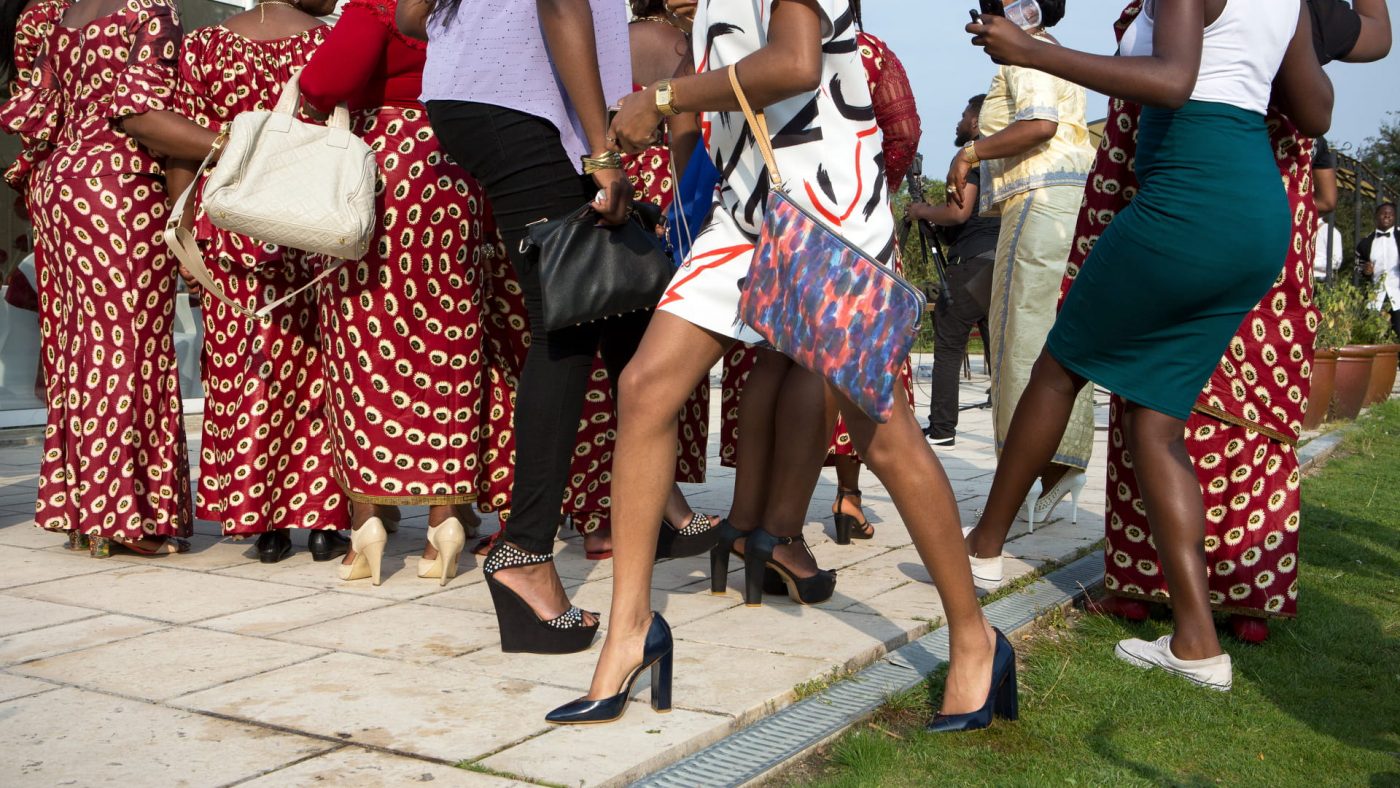 Four years ago, I arrived in Salvador de Bahia, the blackest region of Brazil, for a conference. I was a couple of days early, so the gorgeous all-inclusive resort was still bustling with the usual activity. As I wandered along the beachfront, swam in the pool and ordered drinks from the bar, I kept feeling disoriented by how intensely the other guests stared at me. Having grown up in Lagos, I was used to shameless staring, but this felt different somehow.

At breakfast the next morning, as I laughingly texted my friends back home about the bizarre looks I’d been receiving, I finally saw one other person who was as dark-skinned as me. She was mopping the floor. As I watched this sole other dark-skinned woman clean the floor, I noticed how no one stared at her the way they kept staring at me. It was almost as if she was invisible.

Racism is the reason I was stared at so much. Racism is also the reason that woman was mopping the floor. But many people don’t understand how the two are connected, including people who are targets of racism – people such as the Nigerian friends I was texting.

My country is the most populous black nation on Earth. Our region is plagued with malaria, so colonising forces could never settle here. As a result, just like white people, Nigerians don’t have to reckon with overt racism in our everyday lives. This means that most of us, also like most white people, have only a superficial understanding of what racism really is.

A lot of people think racism is an attitude or a belief, or even a behaviour. It’s not. Racism is a system. There are indeed attitudes, beliefs and behaviours that result from it, but fundamentally racism is a socio-economic hierarchy created to justify the European elite’s exploitation, violation and murder of Africans via chattel slavery.

This system of racism, which evolved from slavery and still exists today, does mean that certain people irrationally dislike black people, think of black people as inferior, or are mean to black people. But these are just racist attitudes, not racism itself.

The invention of race to justify slavery

Half a millennium ago when chattel slavery  began, race didn’t exist. People defined themselves socio-politically: as royal subjects, members of clans and nations, or in relation to their ancestral lands. Race wasn’t relevant because – as modern scientists have confirmed – it’s a fairly recent socio-economic invention with no basis in biology, physiology, or genetics.

Before there were black people, there were enslaved Africans. As racism took shape from its foundation of slavery, “black” people were at the bottom of its hierarchy. This is the heart of racism: that for the last 500 years, white wealth has been produced by black suffering and death.

When Europeans institutionalised the practice of converting African people to private property, they needed a way to justify it. So they created a narrative about the people they enslaved. Despite all evidence to the contrary, slavers insisted that Africans were inherently violent, lazy, stupid, sexually depraved, filthy, bereft of humanity and bestial. The bestiality was particularly important, since chattel slavery was essentially the practice of abducting human beings and forcing them into agricultural labour under inhumane, animalistic conditions.

Slavers relied on the church, the academy, and other belief-disseminating institutions to propagate these ideas. The size of the “African” skull and brain suddenly became of interest, and “proof” was found of our inferior intellect. The shape of our noses, the breadth of our foreheads, the musculature of our bodies, the distribution of fat on our hips and buttocks, the size of our penises and the length of our labia were advertised as evidence of inferiority.

All this was done so the profits generated by African labour in the Americas and the Caribbean could be hoarded and enjoyed by Europeans, without their having to confront the violence to which other human beings were subjected. If they felt no guilt at branding their soulless oxen or breeding prize horses, they could feel no guilt in doing the same to their Africans.

Before long, Europeans persuaded themselves that slavery “elevated” Africans from pure bestiality to some sort of sub-humanity, thus framing themselves as benevolent saviours of a primitive race who would run amok without oversight by whites. Through the centuries, Africans and Afro-descendant people were enslaved, then impoverished, then criminalised. Racism has evolved, but its central theme remains the same: to be African, to be racialised as black, is to exist within a system that maintains Eurocentric power.

You don’t have to be a racist to be racist

For the few days that I was in Bahia, I built up a friendly rapport with the mixed-race bartender who worked the evening shift. He would visibly light up as he saw me, but every time a white person approached the bar, his demeanour changed. Even while fixing me a drink, he would abandon my order to start theirs. With white women in particular, he came back to me only after repeatedly confirming that they were satisfied.

This bartender seemed to enjoy my presence at the resort (probably for the same reason that the white folks seemed not to). But that didn’t change the fact that in the racist hierarchy, my “rightful” place wasn’t sitting at the bar; it was mopping the floor.

It didn’t matter that I was as much a paying guest as any of the sunburned people whose hostility made me so uncomfortable, or that the white manager was technically there to see to my satisfaction as a customer, or that the light-skinned receptionists, waiters and bartenders were professional and friendly towards me. It didn’t even matter whether any of these people “liked” me or not. The resort was racist because it was a place where slavery’s anti-black hierarchy of human value was in full effect.

And here’s the thing: even in Nigeria – a country of almost 200 million black people – I’ve experienced the same de-prioritised service at restaurants that “cater to a certain clientele”. I’ve been profiled as a prostitute while having dinner with a white male colleague, in the same way my best friend was constantly asked “how much?” while walking home in Florence. I’ve attended open days at Lagos schools where the prospectus was plastered with photos of the four non-black children who make up less than 1% of the student body. My daughter’s baby products were covered in photos of white infants.

All of these things are racist, yet I’m certain that few of the people involved in these situations actively dislike black people or think lowly of us. Many of these people are themselves black. They’re just people acting normally in a system that promotes and protects Eurocentric power by denying, and at best bracketing, the humanity of Africans and Afro-descendant people. In this world, you don’t have to be a racist to be racist; it’s racist to just passively allow racism to continue.

Racism isn’t an attitude (nor is anti-racism)

Racism was created to manage the psychological distress that would otherwise be a natural result of abducting and killing African human beings. That’s why white guilt, or any other feeling white people may have, is useless to combat it. Just as racism isn’t about your particular attitude or belief or behaviour towards Africans or Afro-descendant people, neither should benign or even benevolent feelings towards us be mistaken for anti-racism.

Even worse, such feelings are often the opposite. Whether it’s the voluntourist who is convinced she can “save Africa” with her good intentions, no qualifications needed; the Tinder match who “doesn’t see colour” and has a photo of himself surrounded by black children to prove it; or the Dutch children’s choir that tried to help African children by singing “children below the equator / usually grow up to be beggars”. White benevolence tends to have racist roots.

Racism exists to maintain a gross imbalance of power for white people by devaluing, dehumanising and murdering people of African descent. It is inadequate – and, in fact, incorrect – to think that racism is merely about skin colour, negative beliefs, or discriminatory attitudes. Racism has little to do with feelings or colour, but everything to do with power, profit and freedom. And anti-blackness is the pivot on which racism turns.

The only behaviours, beliefs or actions that qualify as a meaningful response to racism are those which demonstrate materially that black people are people. As people – as human beings – we should be able to move through the world, enjoying the same socio-economic resources and freedoms that all human beings deserve.

To be anti-racist, it is not enough to like, befriend, marry, or otherwise interact nicely with black people.  It’s not even enough to be a black person. To be anti-racist is to actively promote black safety, black prosperity, black health, black innocence, black freedom, black wellbeing and black life.

Anti-racism is the practice of actively countering anything that denies access, dignity and resources to black people. It’s about ensuring that we have the freedom to truly live. The space to be alive without wondering how we’re still alive. The possibility of a life that makes us want to stay alive.

White people as a social category already have that, no matter where they are in the world – in Europe, Bahia, or Lagos. Black people deserve that freedom too – and then some, because this world was built on our backs.

It is Violence: Language as a Tool of Power
Mothers and Men 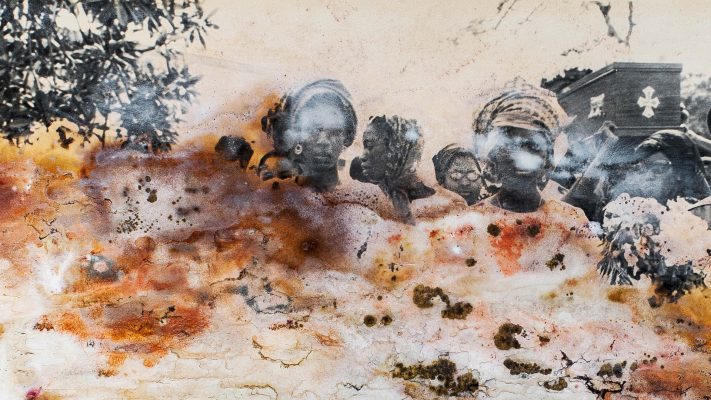 It is Violence: Language as a Tool of Power 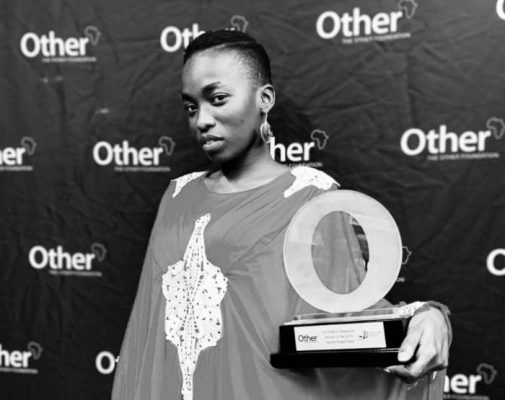 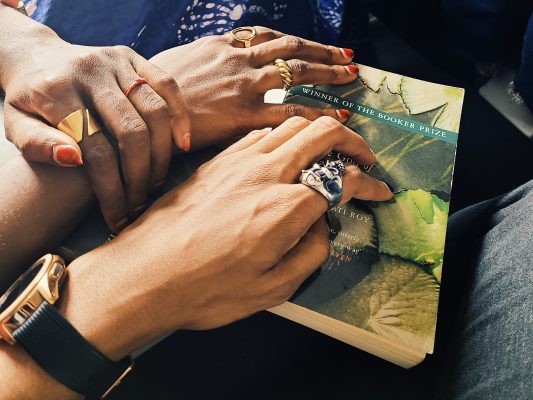 There They Are, Those Girls 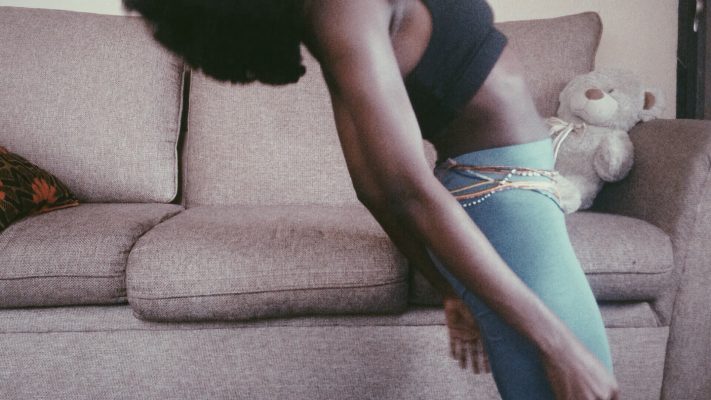 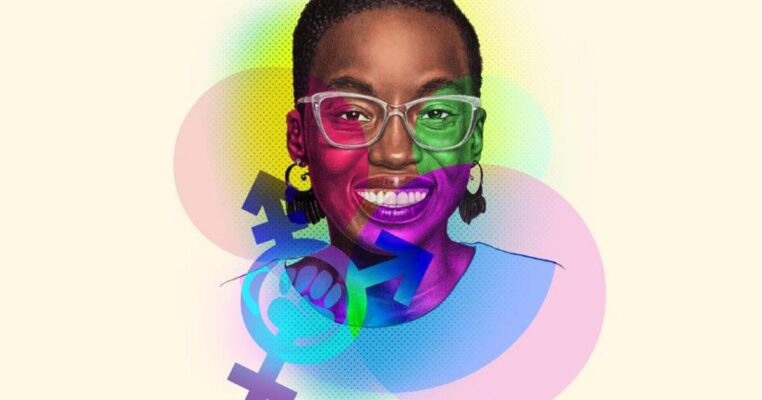 Feminism From The Margins